A Woman of Influence: Are You Intentional with Your Powerful Influence? Skip to content 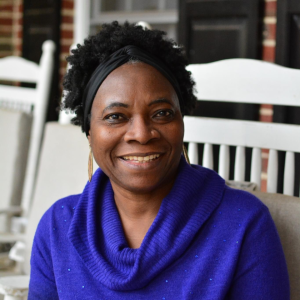 A Woman of Influence: Are You Intentional With Your Powerful Influence?

In what ways do you intentionally influence others? At some point in life, we are influenced by others. Some people come into our lives and have a positive impact on us. They encourage us to be the best that we can be.

In my life, I have been influenced by several great women and men. Ms. Lash, my biology teacher in secondary school had a profound impact on me. She taught biology with such passion that I aspired to be like her when “I grow up.”  She nurtured my interest in science, especially biology. Although she did not know it at the time, she was laying the foundation for my future career as a scientist.  Ms. Lash has had a lasting influence on my life.

Speaking of Influence…… Jezebel was very familiar with this concept. She was a woman of great influence.  She had the power to make things happen as King Ahab’s wife (1Kings 21). She controlled her husband and promoted idol worship in the land.

Everyone, including the prophets of Baal, feared her. She was so influential that she caused the killing of several of God’s priests in Israel.  She had such power that she saw no problem in murdering and forcefully taking another person’s property for her husband.

Ahab, the King of Israel was married to Jezebel. He wanted a beautiful vineyard that belonged to Naboth, the Jezerelite. But when he asked Naboth if he could buy the land, Naboth refused to sell it because it was family property. The land had been in Naboth’s family for generations. Ahab was sad and angry. He went home sulking and told his wife, Jezebel, what happened.

Jezebel decided to take matters into her own hands and use her authority to take the land from Naboth forcefully. She felt insulted by Naboth’s refusal to sell the vineyard to her husband. She wrote a letter in Ahab’s name and sent it to the elders in the city where Naboth lived. She signed the letter with her husband’s seal, so it carried the full authority of the king.

In the letter, she asked the town elders to proclaim a fast and set Naboth in a prominent place since he was an important man in the town. They were to hire two rouges to accuse Naboth falsely of cursing God and the king. The people followed Jezebel’s instructions, and they stoned Naboth to death.

As soon as Jezebel was informed of Naboth’s death, she and Ahab took possession of the vineyard.

Are You Intentional About How You Influence Others?

In this story, we can see that Jezebel had an enormous influence on an entire nation. However, she abused that power and influence with her attitude of pride, entitlement, selfishness, and manipulation. This evil attitude says, “I can do whatever I want and get away with it.”  Her husband had a bent toward evil, but she also helped to fuel that evil…

There was never anyone like Ahab, who sold himself to do evil in the eyes of the Lord, urged on by Jezebel his wife.

We all have the capacity to influence others for good or evil. Influencers can affect the character, development, and behavior of others. As mothers, we have a great influence on our children every day. And as wives, sisters, and girlfriends, we also have opportunities to influence our husbands, family members, friends, and co-workers.

When it comes to influencing your children and spouse, how intentional are you?

In what ways does your influence bring out the best in others?

How does your influence impact their character, development, or behavior positively?

Who is one person that’s had an influence on your life? In what ways can you influence others for good?

Lord, empower us to have a lasting impact on others for good. Help us to follow your example and be motivated to serve you and others well. In Jesus’ Name. Amen.

Scripture:  Let us think of ways to motivate one another to acts of love and good works. (Hebrews 10:24 NLT)

You may also be interested in  Empowered Women, Empower Women

3 Important Ways Jesus Gives You Joy in Your Troubles, Doubts, and Discouragement

Day 24: Read Luke Chapter 24 Have you ever experienced a great loss or disappointment that puzzled you?  I went through a

Living a life of Deep Forgiveness, Mercy, and Freedom

2 thoughts on “A Woman of Influence: Are You Intentional With Your Powerful Influence?”